We are reconsidering the old SLA functionality due to inconvenient setting and not too high performance. We are developing the whole new functionality in addition to the current one as it seems impossible to migrate the settings smoothly. The current SLA functionality will be working and will be supported as usual except for not being developed further. We are not going to deprecate it till the new SLA functionality comes up to the same level.

The new settings are only applicable to the new type of field and will not affect the old SLA and OLA fields.

The HelpDesk solution is the two-level SLA control – not only for the whole process of resolving an issue but for the particular teams' actions within this process as well. SLA by Teams is almost the same as SLA but within one company. Basically, the purpose of SLA by Teams is to deliver SLA to a client.

SLA defines the responsibilities of a service provider.

SLA by Teams defines the responsibilities between TEAMS within the same organization. Required for meeting the overall SLA normative.

The main entity in the second-level concept is a TEAM. A team is a group of the issue resolving participants with the same responsibilities. It could be the lines of support, developers and so on. You can specify their particular goals in addition to the overall issue SLA. For example, all the first line of support is competent to do in this request can be done in 30 minutes. The remaining SLA time is only required for cases involving other teams. 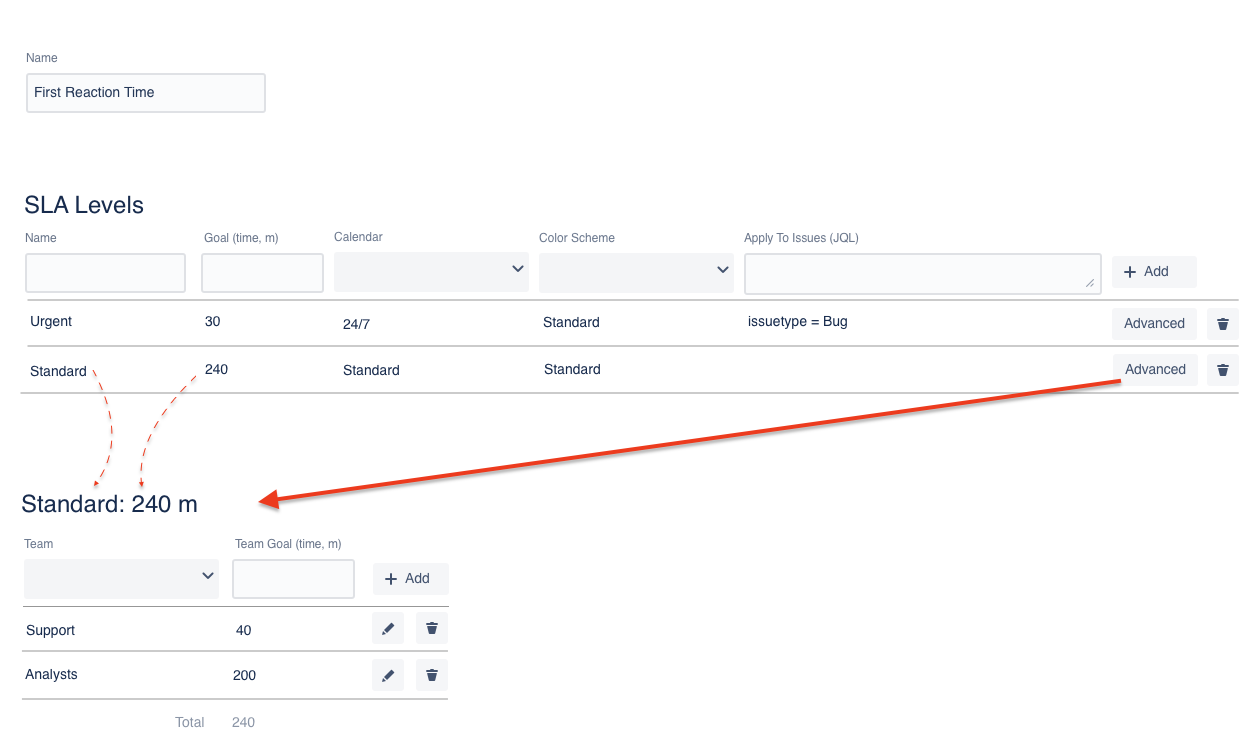 Two-level SLA appearance in an issue: The new SLA fields are not displayable at Agile Boards at the time. Upcoming in the future releases.

The HelpDesk app requires the following steps to be performed to make SLA and/or OLA work:

A) set up work calendars* and field color schemes;

*There is only one working calendar available in the current version – 24/7. The ability to add other calendars is upcoming in the future releases.

C) organize the queues & filters for your support team;